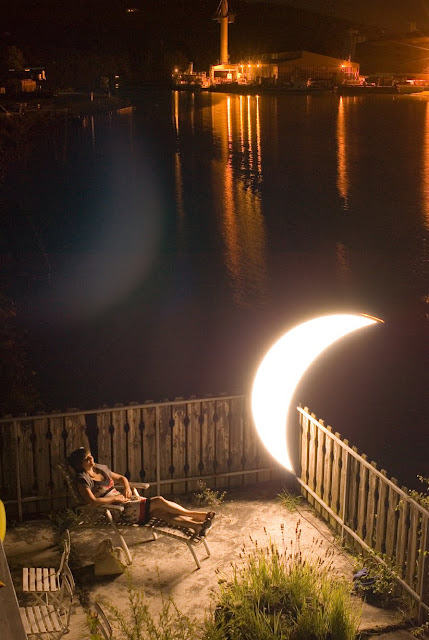 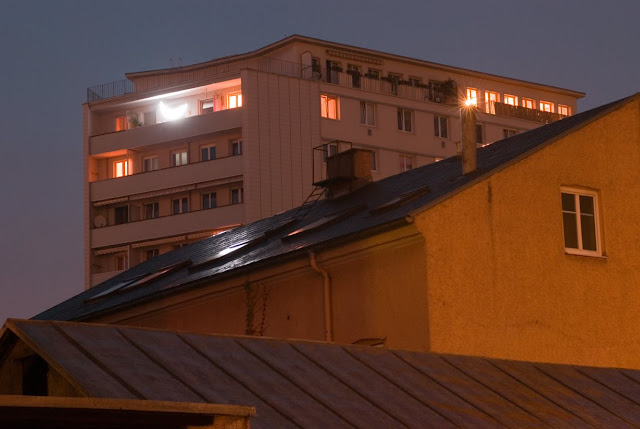 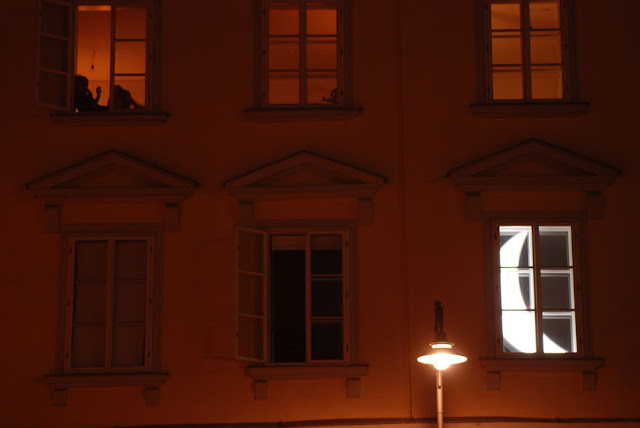 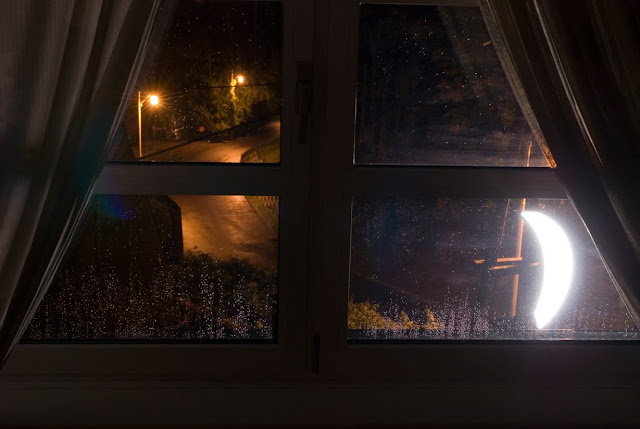 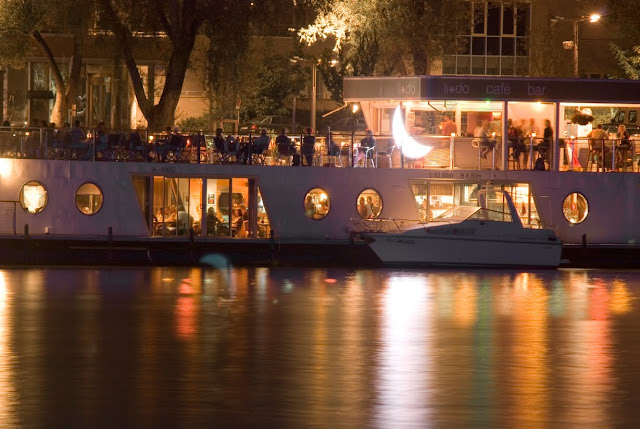 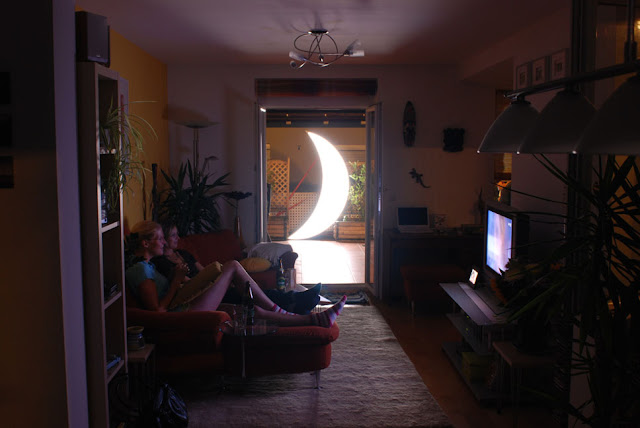 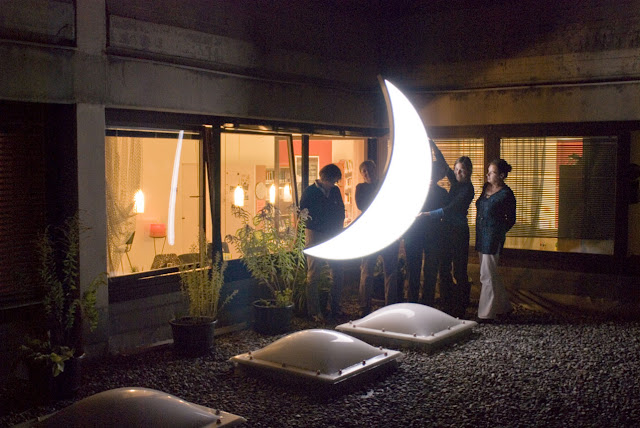 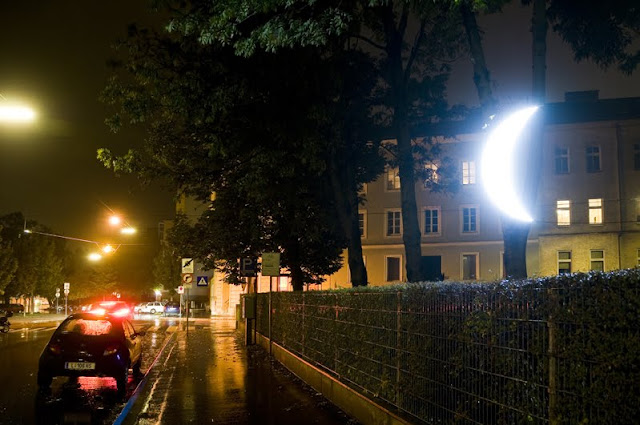 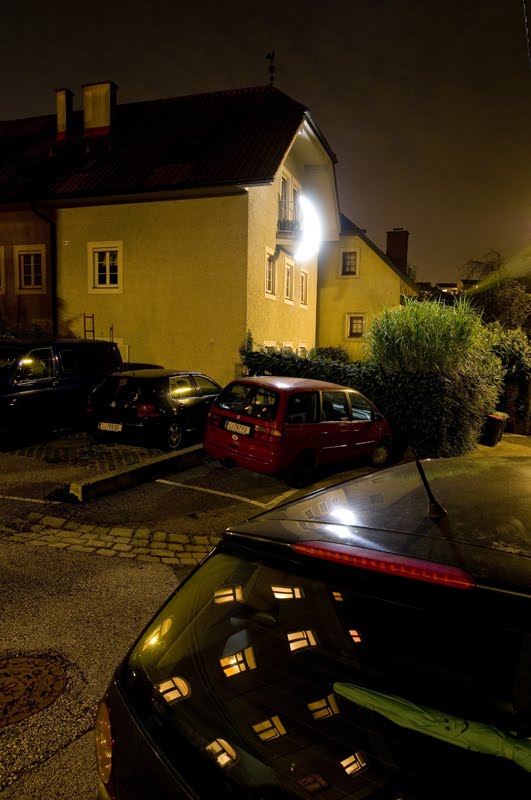 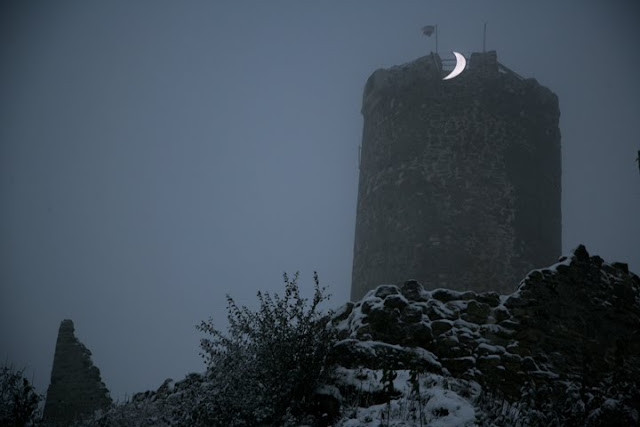 LIGHT ALL AROUND
To Vsevolod Nekrasov


The poet Vsevolod Nekrasov came to every one of my exhibitions. Instead of attending the opening ceremonies he used to come later, all alone, and examine the display. I was later told that Seva Nekrasov had visited the gallery, scrutinized everything, liked something and disapproved of something else. He once wrote a large poem about my Private Moon. At the latest exhibition the House of Artist he singled out The Starry Sky in Shoe Boxes especially: he liked those black cardboard boxes pierced by shining stars very much. Now that the autumn of 2009 is here, and we have “September and October both ending in ber,” the time has come for another show of mine. But my special rare guest, the poet Vsevolod Nekrasov, won’t be able to attend it for the obvious reason: “one cannot stay here,” on the ski-track because one has “to see the sky”. That’s why I have made an exhibition, with Vsevolod Nekrasov present again. He’ll be Here and Now. Here are his poems. Here are his skies. Here is his moon. Here is his light. Light is all around, and in the center of light is a tiny dot – the celestial skier Seva – light and all.
“This is all.
All and nothing else.
All and nothing else.
And everything’s fine.
And everything’s fine.
All and everything.” 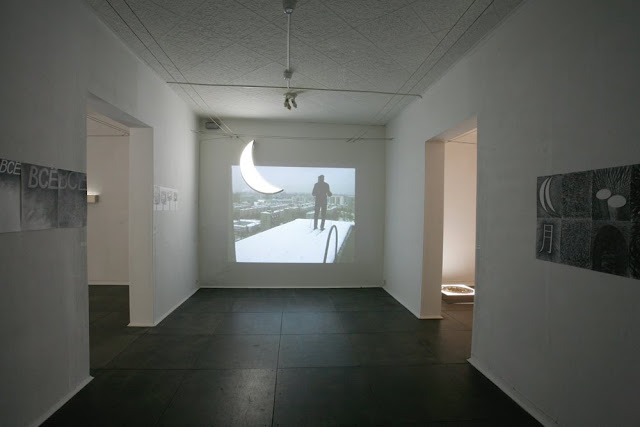 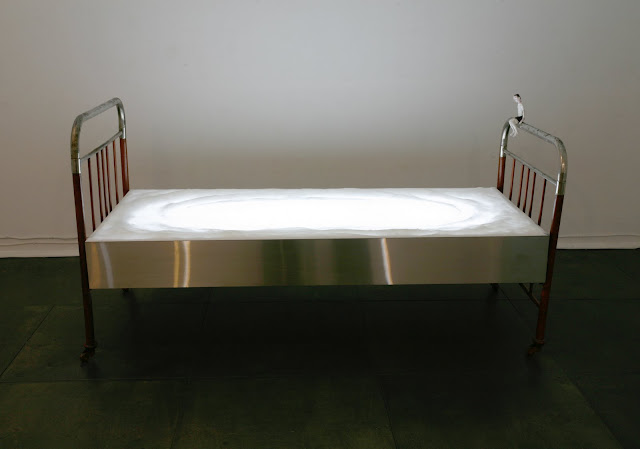 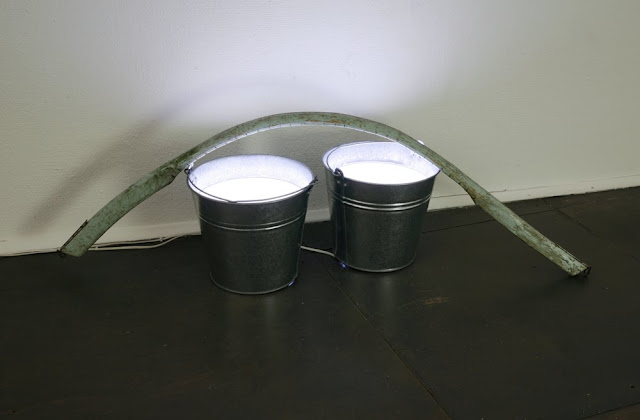 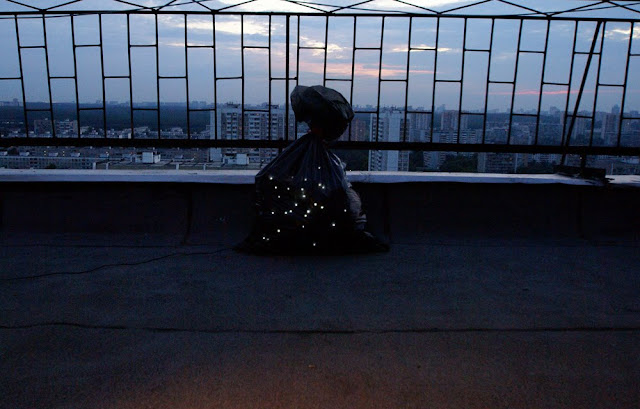 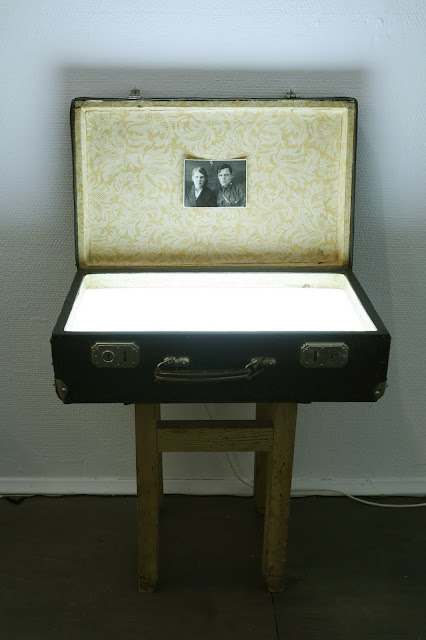 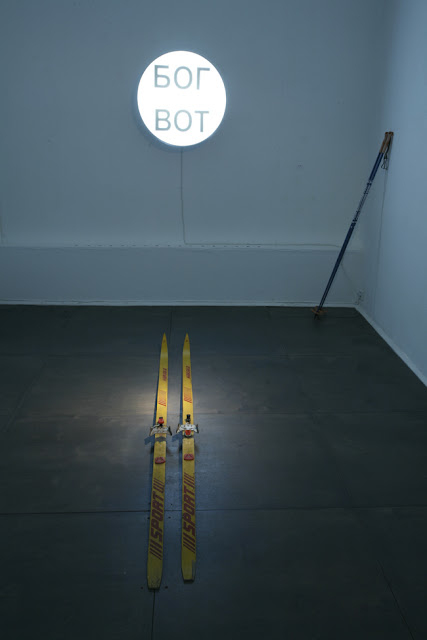 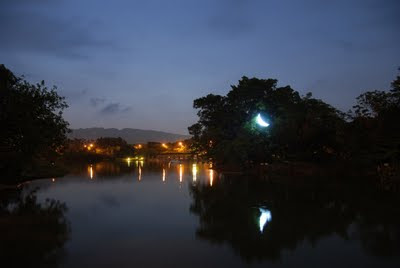 Following its large-scale outdoor sculpture projects, ecological art projects and Contemporary Austronesian Art Project, the Kaohsiung Museum of Fine Arts will highlight the nocturnal charms of the museums park with "light art". The renowned contemporary Russian master Leonid Tishkov, a talented artist working with performance, theatre, poetry and painting, will present a large moon installation rich in literary associations. Opening during the Mid-Autumn Festival, the exhibition will bring us a magnificent
visual feast of Russian culture and the poetic imagination of Nordic fairytales.
No comments:
Ярлыки: installation, private moon 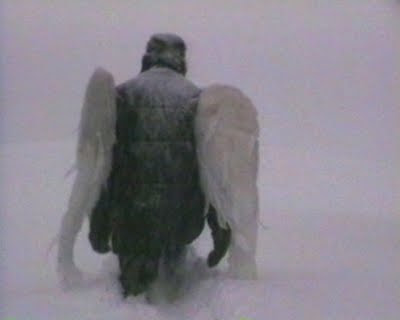 In the frames of the 3rd Moscow Biennial of Contemporary Arts M'ARS Centre for Contemporary Arts presents - THE INNER URALS, a project by the Yekaterinburg Branch of the NCCA
"THE INNER URALS"Curators: Alisa Prudnikova, Vladimir Seleznev, Svetlana Usoltseva
"The Inner Urals" is not a plagiarism of Pelevin, not even an homage to Boyce; rather, it is the very alchemy which emerges at the geographically enticing frontier between Europe and Asia. A deceiving metaphor for a region exceedingly rich in existential background.The Urals is either inside, or merely aside. Any attempt at metaphorical comprehension makes one cast aside all that is modern and related to frontiers and instead embrace images of inner experiences. But to what extent is that typical of the Urals? The Urals is a severely dissected space bound together by the almost souvenir stories – all those "from the Urals" and "we were born at the Urals". Those who live at the Urals not only form an eternal bond with those mountains, those forests, and those fields beneath the never-ending snow, they also carry the Great Ural Mythology gene. This mythology is like a fathomless quarry, a black hole that sucks in anyone who approaches it: the Demidovs, the Russian tycoons of yore, whose fake gold coins still excite the imagination of local treasure hunters; the numerous Ural craftsmen, from the fairytale Danila to the Cherepanovs; the Red Army divisional commander Chapaev, who had sunk into the River Ural as if into the mythical Lethe; the infernal pioneer Pavlik Morozov.And right in the middle of this pantheon is the custodian of cedar wisdom, the surrealist of mines and metallurgical plants – Bazhov, narrator of folk tales.Ekaterinburg is a very sensitive city, often overreacting, constantly amassing the functions of the center of the Urals. One has to firmly believe in one's center, which is located exactly where you live; and to do that one sometimes requires a certain initial shove or impulse. For the Ural artists, the fundamental principle has always been this: "Real art always comes from within", using the words of the artist Leonid Tishkov. Objective circumstances are not enough to explain the local cultural explosion; rather, there are some mutagenic agents at play here, creating this reality of the surreal space with an elusive identity.
Alisa Prudnikova, Vladimir Seleznev
Participants:
Leonid Tishkov
Kuda begut sobak
iZer Gut
Victor Davydov
Den Marino
Oleg Lystsov
Vladimir Seleznev
Alexander Shaburov
Elena Klimova
Alexander Belov
Alexander Solnechnyi
Fedor Telkov
Soup Studio
Julia Bezshtanko
Katya Poedynschikova
No comments:
Ярлыки: exhibition, video
Newer Posts Older Posts Home
Subscribe to: Posts (Atom)