Blizzard at the Arsenal 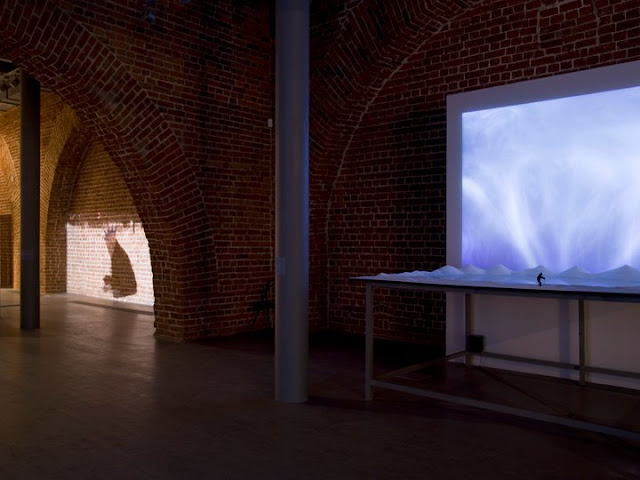 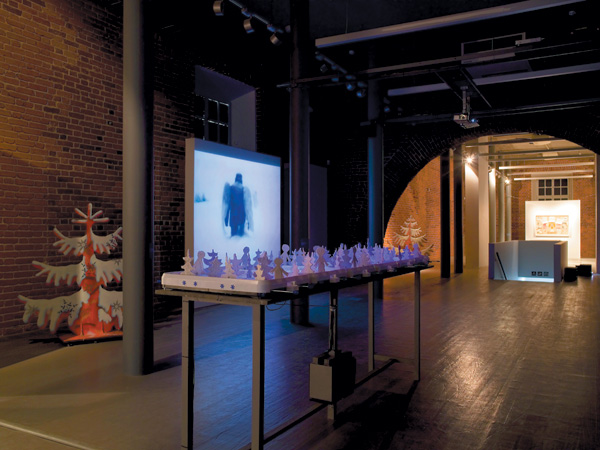 Opening of the 'Blizzard' exhibition, dedicated to winter as an artistic metaphor for Russian life, will take place on the 28th of April in the restored part of the Arsenal building of the Nizhny Novgorod Kremlin. Participants of the exhibition – renowned contemporary Russian artists – present their outlook on 'blizzard country', buried underneath deep snow, with mental and social motifs intermingling within.
Artists: Dmitry Gutov, Vadim Zakharov, Collective Actions group, Where Dogs Run art group, Igor Makarevich and Elena Elagina, Provmyza group, The Bluesoup group, Leonid Tishkov, Olga Chernysheva, Sergey Shutov.

Integrated into one story by common visual link – snow, the artworks displayed in the showroom form a unified winter space, where a mask of formal landscape conceals the special Russian context: natural, historical and socio-cultural environment in which a Russian man is inevitably bound to exist and act. Against the backdrop of the present day reality – impersonal whiteness and cold blizzards - this landscape turns into utopia, territory of metaphysical conflicts, empty of direct and pertinent hints.
The “Blizzard” connotes obscurity and indeterminacy of territory which is almost entirely bereft of linear reactions, distinct cause-effect relations and consecutive reactions, artistic as well as panhuman ones. In endless snow it is difficult to distinguish between reality and recollection, the past and future, archaic archive and futuristic prognosis. At the same time blizzard is repetitive as is never-ending historical cycle, recurring from one year to the next.
THE EXHIBITION’S OPENING: 28th of April 2011 at 19.00.